by James M. Stanton of Kenora, ON., originally published August 27, 1993 in Stanton Stats William Stanton, born October 26, 1848, in Utica, New York, was the fifth child of George Stanton and Sarah Meech. His parents had just arrived from England. Later in life he was given the nickname “Painter Bill.” He was a…

by Audrey Underwood, originally published December 4, 1992 in Stanton Stats. The Beginning Let’s go back to the beginning of what we know of the Stanton family.  From their marriage certificate we learn that George Stanton, son of Joseph, was married to Sarah Meech, daughter of Thomas Meech. Neither mother’s maiden name was listed. At… 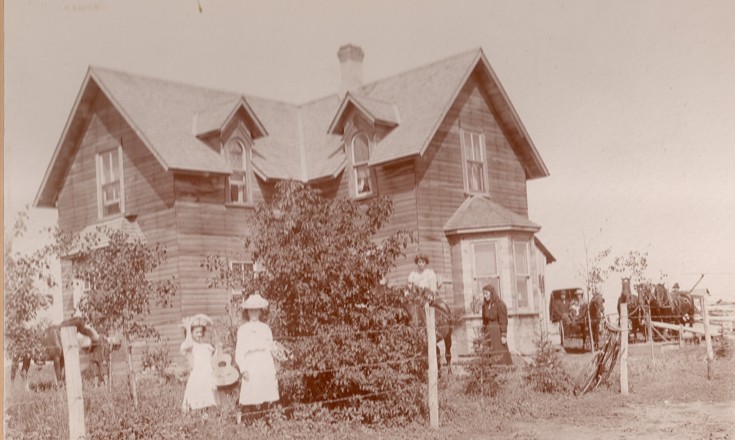 originally published in December 1, 1991 Stanton Stats. James Stanton was born in 1851 at Newboro, Ontario on the Rideau Canal and educated there. In 1878, he married Martha Louisa Stedman, who was born in the Clear Lake district of Ontario in 1856. In 1880, James came west to the end of the railroad in St….